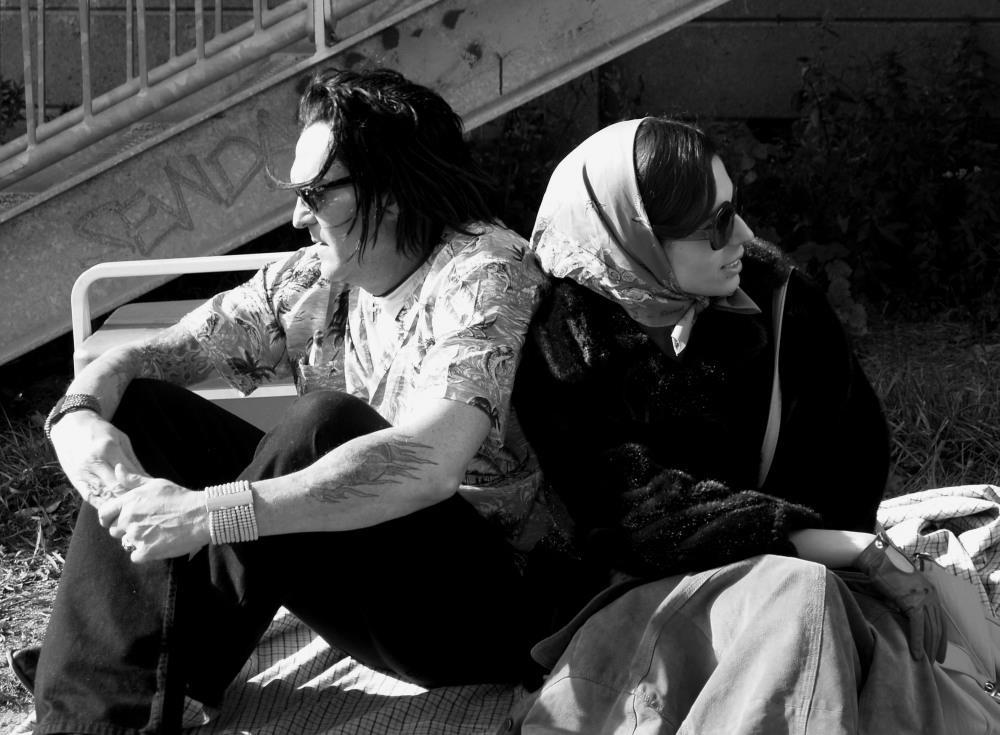 After many years of being a huge fan our Editor, Steve Taylor-Bryant, finally gets to talk indie films and Tarantino with Mr. Blond, Michael Madsen…

After I thought internet issues and phone problems were finally going to scupper my chances of talking to a Hollywood great, technology finally gave me a break and I found myself on the telephone with Michael Madsen. You have no idea how much pleasure I get from writing those words! For those of you that missed my earlier review of the independent film The Ninth Cloud, you can find it here, and marvel at the concept of Michael being cast against type as a softer, more gentle figure in the shape of failed poet Bob. It is during the press tour for The Ninth Cloud that Michael was so generous with his time.

“Good Afternoon Michael. Let me start by offering my sincere congratulations for The Ninth Cloud, it really is a stunning piece of cinema. What attracted you to the role of Bob?

Well thank you for the kind words. I honestly never thought the film would see the light of day. The reason I did the movie was that I had always admired Humphrey Bogart and The Maltese Falcon and the way he managed to be something different to a typical villain. I mean, I can carry the pistol and I enjoy those roles but I’ve always wanted to see if I could be more of a romantic lead but I’d never been given the opportunity.

I said that in my review. It appears from the outside that Jane Spencer was incredibly brave in her casting, especially with the lack of attention given to female directors in Hollywood these days.

That’s right, they get none. To be honest I was baffled when Jane approached me and figured it would all go away and she was just crazy for wanting me in her movie. The film was originally called Bob’s Not Gay and I never thought they’d get the finance. The people that were interested in Jane’s idea were initially against casting me in the role due to the typecasting. Anyway, I’d got no calls for months and then one day Jane called out of the blue to tell me we were a go and I was surprised. Next thing I know were over here and the whole thing is shot in London.

I loved it, and you in particular stole my attention.

Well thank you. I hated it at first and was wondering what the hell I’d done. But the guys went away did a lot of editing, sorted the sound issues, and when I left the showing last night I was shaking my head in disbelief at what they had accomplished and how polished the film had become. Aside from one character who I think for dramatic effect should have shot himself in the park, I have no complaints and love the film.

What is it you like about doing Indie films as opposed to more mainstream projects?

The indie market is flooded right now and many great projects don’t even get into festivals due to the amount of films being produced so you have to be selective when someone approaches you and it really does depend on the material. I was in Thelma and Louise a while ago with Harvey Keitel but most of my scenes with him never found the final edit so, when a young man named Quentin Tarantino approached me for Reservoir Dogs and Harvey was signed on I had to do it. That was a really low budget movie, less than a million dollars, and all my representatives were advising against me doing it but I so wanted to work with Harvey again I didn’t listen to them. I always remember that. If it hadn’t been for Reservoir Dogs we probably wouldn’t be talking now, but an intelligent young director with a great script took a chance and we took a chance with him. Quentin gets me as an actor. That’s what drives me to support other young film makers. Some films I’ve done haven’t worked out how we thought they would, some have been great, it’s a back and forth thing.

Talking of Quentin Tarantino, can you tell us anything about The Hateful Eight?

Yes. It will be full of hate! No, seriously I am in it with Kurt Russell and Samuel L. Jackson and it’s a western set just after the civil war, but it’s not like any western you’ve seen before. It’s really hard to actually describe so I’ll just say its a genius of a screenplay, one of Quentin’s best. Quentin lives in this inner universe that no one else is connected to and I don’t know how he produces these wonderful characters for me. As I said he gets me as an actor, he knows what I’m going to do before I do it, he can go months with no contact but then we just pick up where we left off. He has an ability to tell a violent story but in such a way that the violence is understandable and needed. No one else can make sense like that.

Thank you for time Michael, it’s been an honour to speak to you.

Thank you for your kind words, I’ve always felt welcome in London and hope to be back very soon.”

If I could retire now I would. I am not sure this pleasure will topped any time soon. Seriously folks go and see The Ninth Cloud. It really is a stunning film.

One thought on “Steve Taylor-Bryant, finally gets to talk indie films and Tarantino with Mr. Blond, Michael Madsen…”