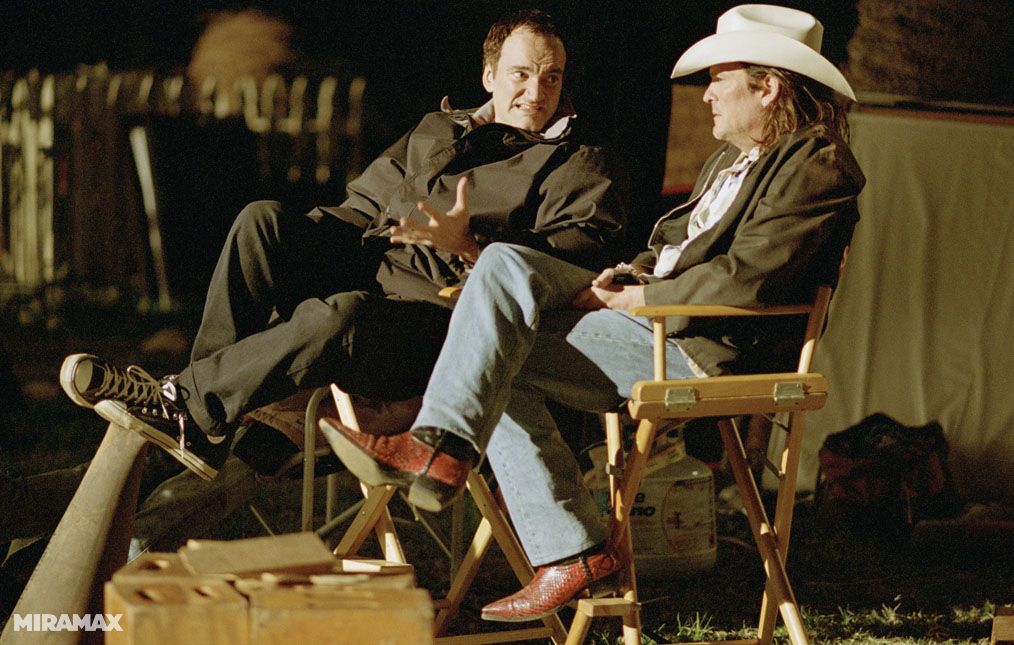 Dont blink or youll miss Michael Madsen in Kill Bill Vol. 1. But not to worry, Madsen promises Kill Bill Vol. 2 is where he really gets into the action. The sole male on the Deadly Viper Assassin Squad (DiVAS), Madsen is marked as a target of Uma Thurmans retribution.

From an actors perspective is it better to be killed or doing the killing on screen?
Id rather survive. Id like to ride off into the sunset at the end.

Do you get to do that in this movie?
Well, I wouldnt want to tell you that or Id ruin it for you. You havent seen anything yet.

Is that kind of a “Stay tuned to Volume 2” teaser?
“Volume 2” is going to be pretty wild.

In “Kill Bill” its the women who do most of the butt-kicking. How about in real life? Is it women or men who are tougher?
Oh, definitely the women. Theyve got the psychological advantage.

What was the most difficult stunt Quentin Tarantino asked you to do?
I had to deal with some snakes and I really dont like snakes very much. It was very disturbing.

How did you master your fear?
Well, Im not sure that I did but Im sure that it was captured on film. I guess thats all that matters.

What is it about working in a Quentin Tarantino film? Theres a mystique that surrounds his productions.
I was sure glad to be back with him. You know, its been awhile. He wrote me a good role. Its always good to work with people who have an understanding of each other, you know? Ive definitely got that with him. Hes going to go down in film history already, thats for sure, so anything now is just icing on the cake.

Did he write the part of Budd in Kill Bill for you?
Youd have to ask him. I originally had a different role in the film and he changed his mind and asked me to do Budd. I think he has a lot of people in his mind when he writes things. All I can say is that its a great role  the best Ive had in a long time.

How did they explain the lack of a family resemblance between you and David Carradine?
I think theres some resemblance there (smiling).

How much screen time do you get in Volume 1?
Not very much, but I can wait

How has Quentin Tarantino evolved as a director from when you first worked with him on “Reservoir Dogs?”
Hes the same guy that he was on Dogs but hes got a little bit more time now to do stuff. Hes not as rushed as when we did Dogs. Its nice that he has a little bit more time to be involved now. He can really do the stuff that he wants to do.

Speaking of other Tarantino projects, is there a Vega Brothers movie in the works?
Yes, I believe there is. I think for a while it wasnt going to happen, but I think that he came up with a good concept of an idea for actually making it work. Now Im pretty sure that its going to happen.

There’s also talk of another Tarantino project called Inglorious Bastards. Will you be doing that movie with him?
Yeah, oh yeah. I think hes still writing it. Its about 95% done. Youd have to ask him but I think its definitely something we are going to do.

And youre currently working on a movie in England?
Im doing a picture called Red Light Runners with Harvey Keitel and Peter OToole. Its kind of a heist picture about the British Museum. Were about four or five weeks into it and its coming along really well. Im really happy about it.